Making some art with an itty bitty knife 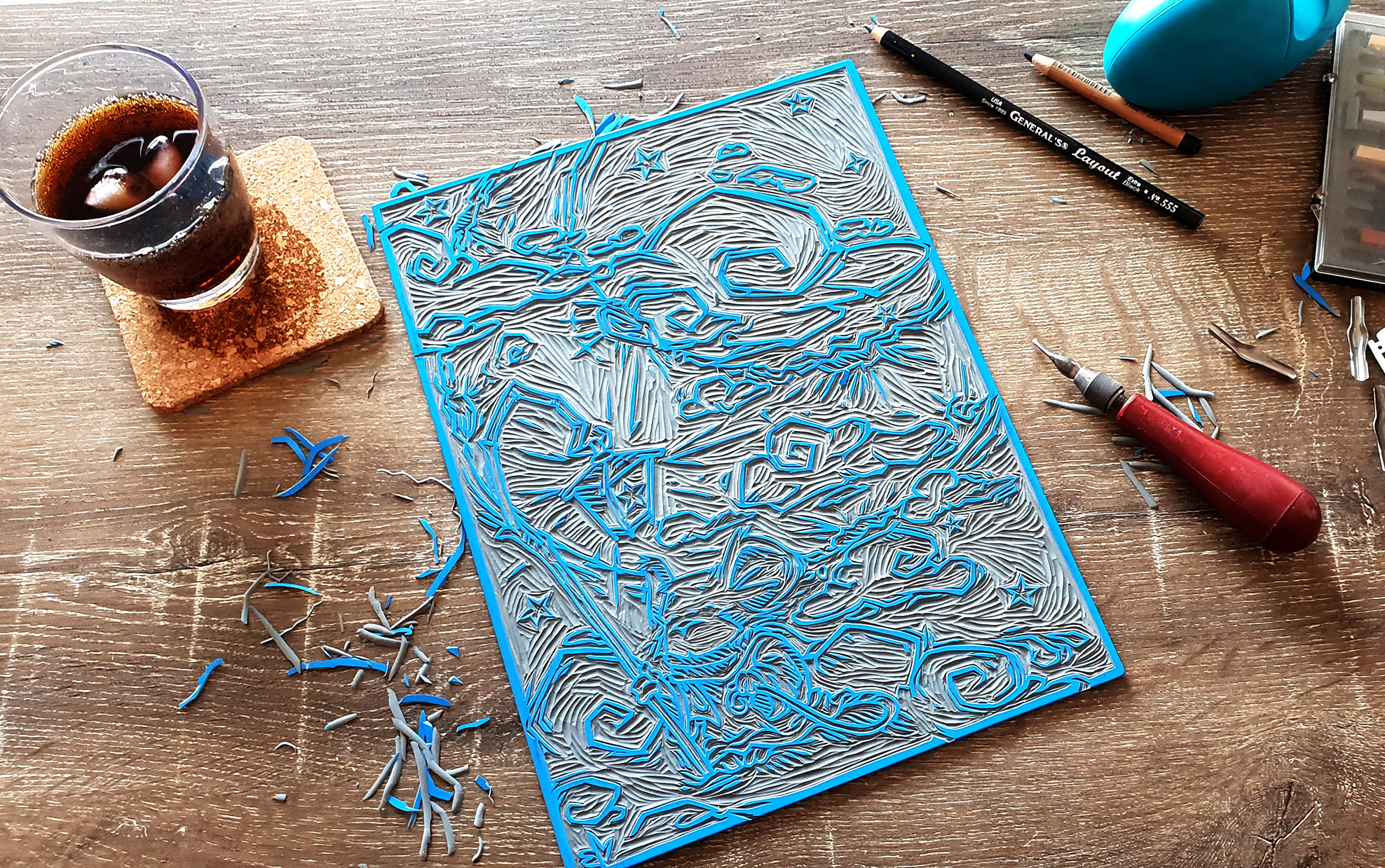 Printmaking is one of those arts that I do very very rarely. It’s a MASSIVE pain in the ass and neck and arm and head… seriously, carving a gigantic stamp for hours and hours on end hurts. I actually had to stop carving this one halfway through for a few days as i was developing RSI down my arm. That said, every now and then I get… obsessed. Like my brain won’t let me do any goddamn thing else other than get my tools out and carve for several days. This happened recently, and so: 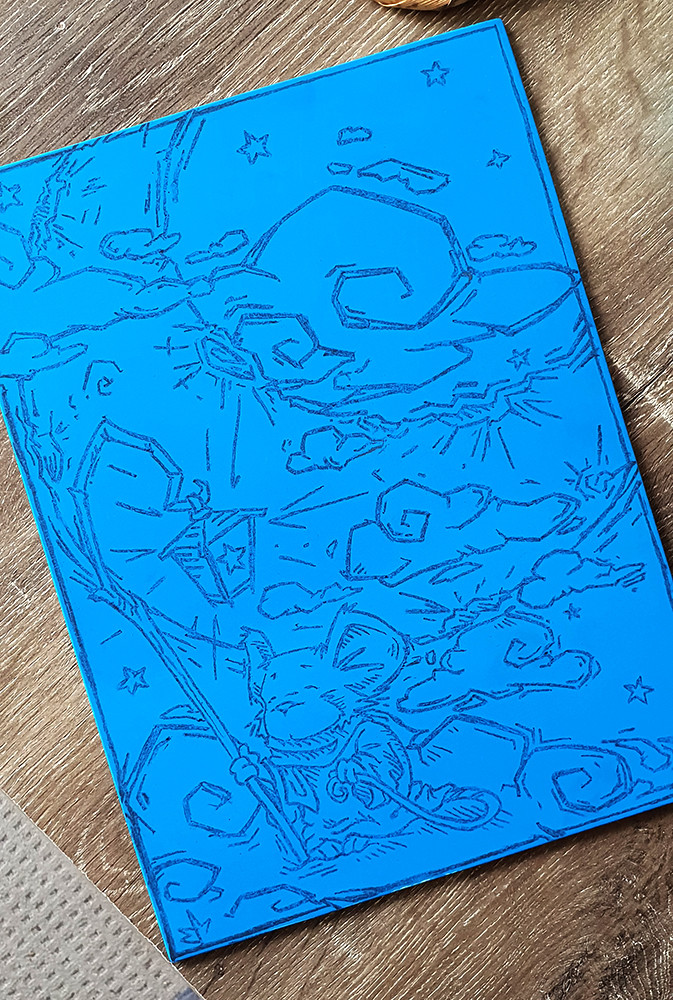 I started with a sketch; covered the back of the page with black pastel and transferred the image to a tile. This takes a long time, but that’s the easy part. 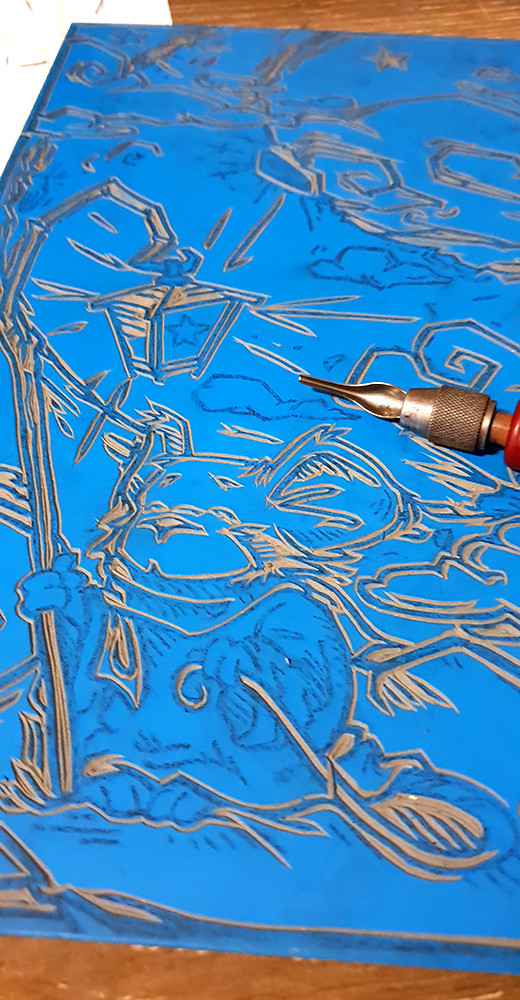 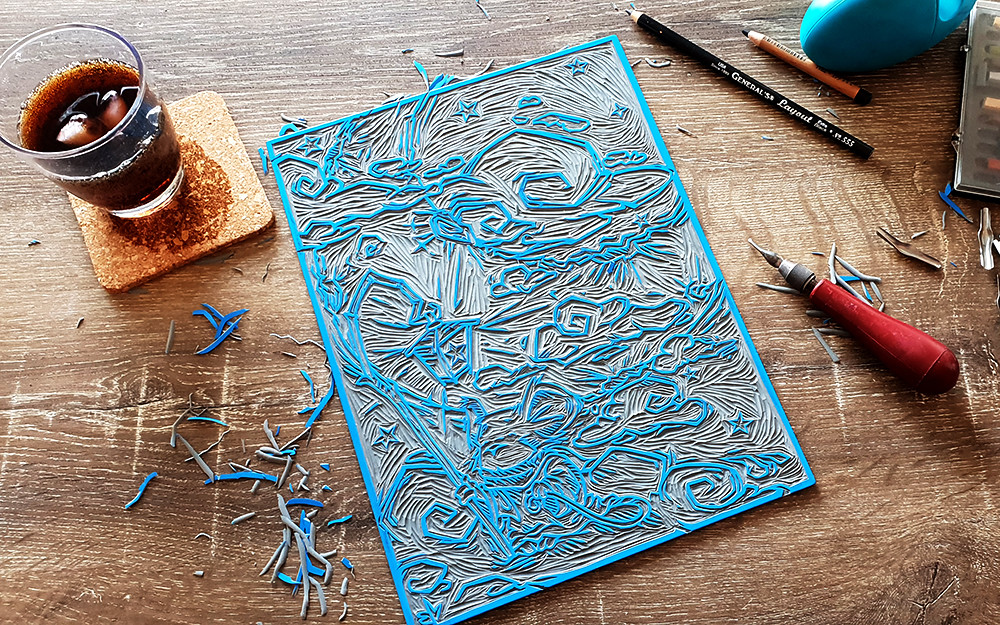 At last, a great big stamp! At this point my floor was 90% covered with little blue slivers. It’s been weeks, I’m still finding the little buggers. One medium tile produces enough little bits of scrap to cover one to two football fields. 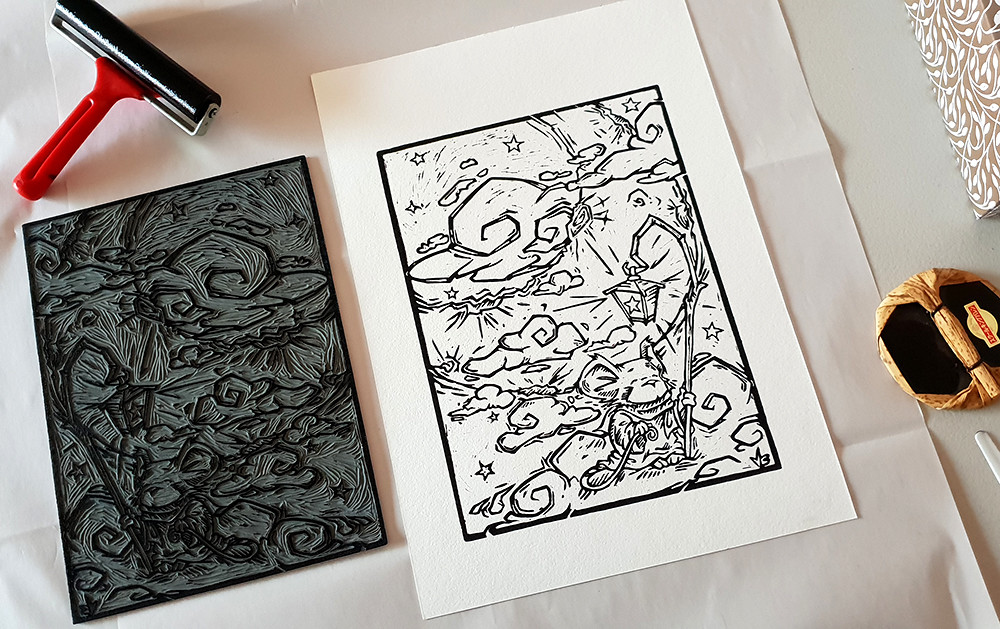 First print! Huzzah, I didn’t bollocks it up entirely! That’s always the fear, that something will have gone to heck in the carving process and the final image will be rubbish and all those hours of sketching and carving and hoping were wasted. But no! Clean print! Yaaaaay! 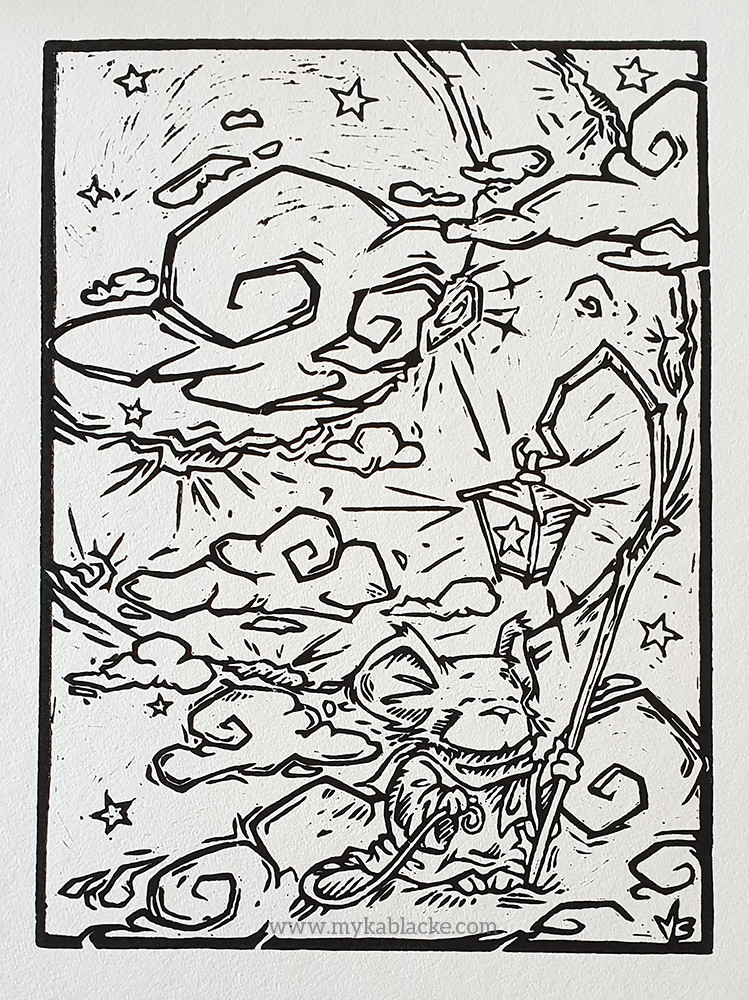 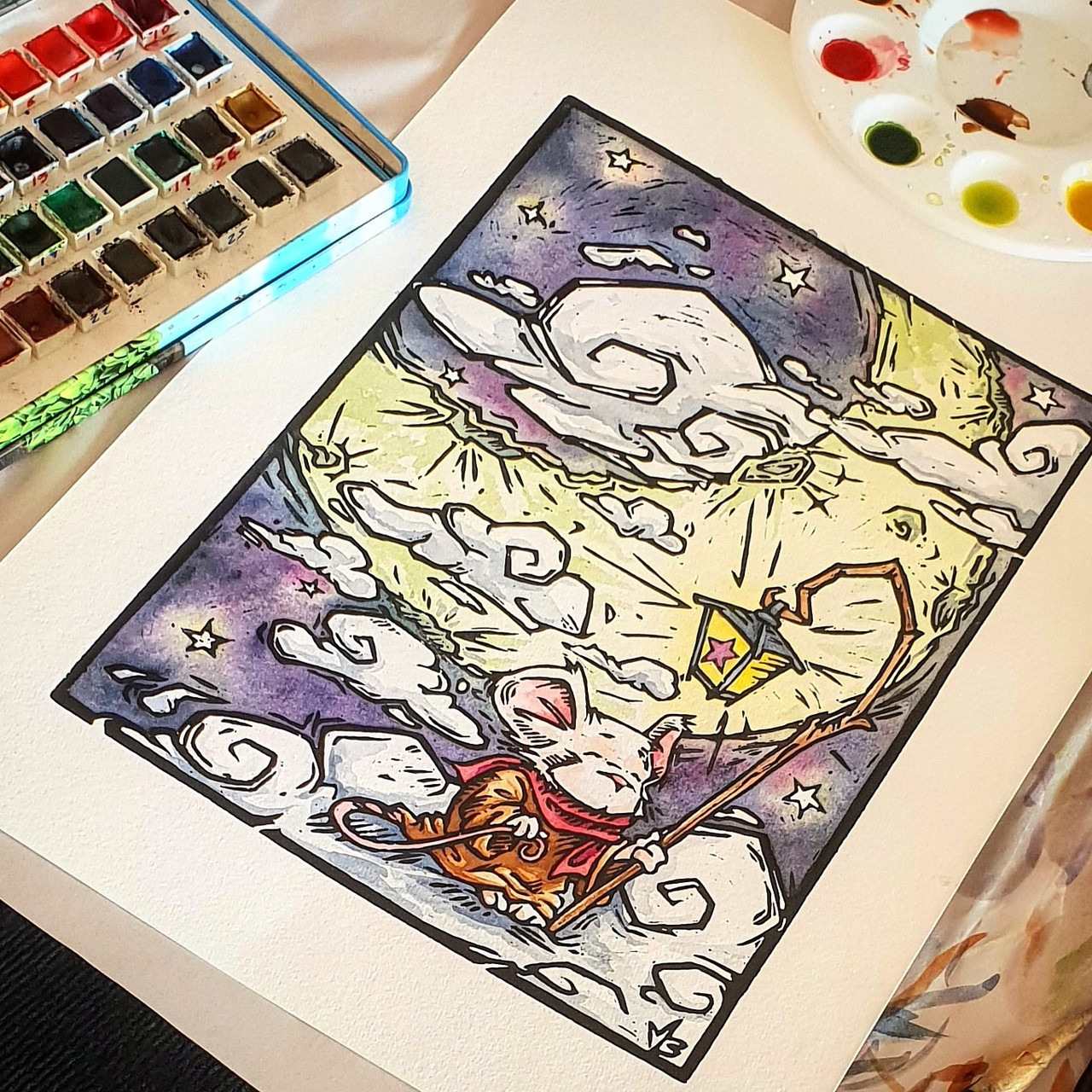 Tossed some colour over it because why not. Not a great job but hey, I’ve got a nice big stamp, I can make as many of these as I bloomin’ well please. It’s somethin’ to have fun with.